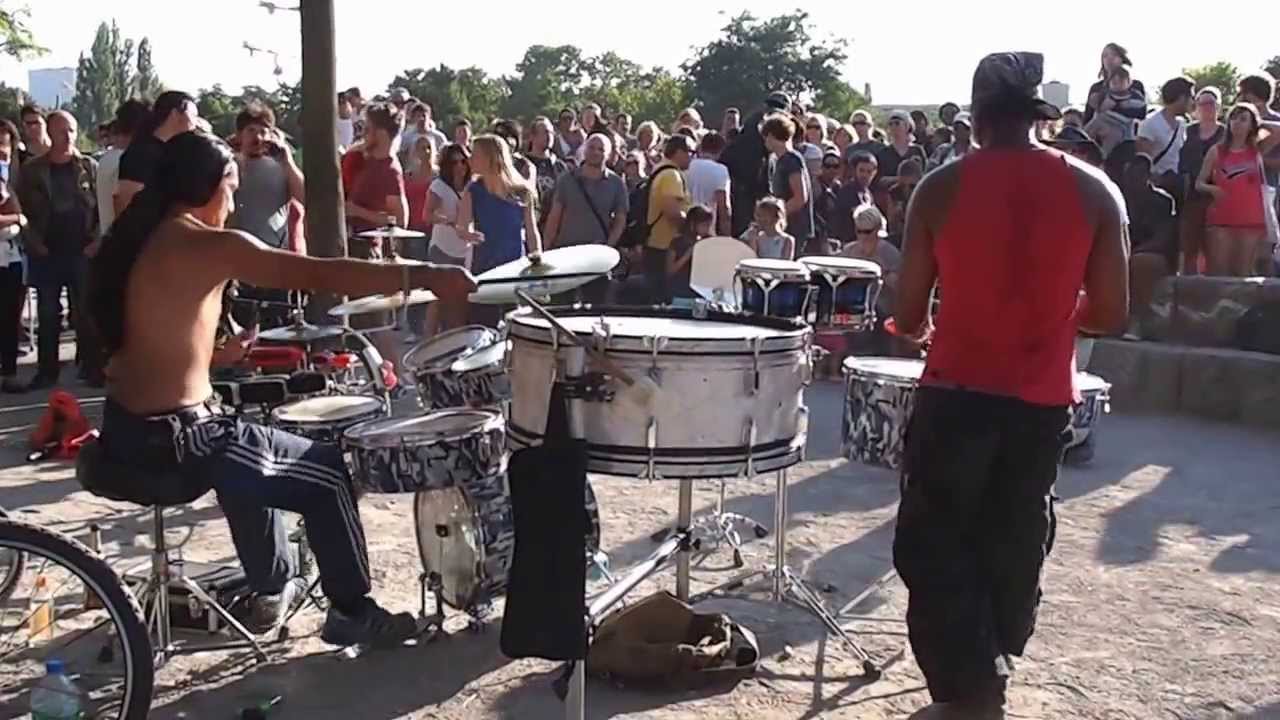 Berlin is one of my favourite cities (beat out by Melbourne of course). It’s the capital of all things cool, underground techno music, awesome street art and multitudes of flea markets that you could lose yourself in all day.

While in Berlin, I visited the Mauerpark Flohmarkt (or flea market) where I witnessed one of the best busking performances I’ve ever seen. Puto Production is their name and they play “electro live percussive trance”. It’s a mouthful, but it’s most definitely worth a listen.

They have all the qualities that I wish every busker had: a huge amount of energy, a genuine love of what they’re doing and phenomenal original music that begs you to dance to it. In fact, when we first saw them, they had just a handful of people jamming out to their beats which steadily grew to a crowd of people losing themselves to the music with an amazing atmosphere and strangers dancing with each other.

Not to sound soppy but it was a moment of musical perfection! Their popularity says it all. Check out their Facebook and Soundcloud.